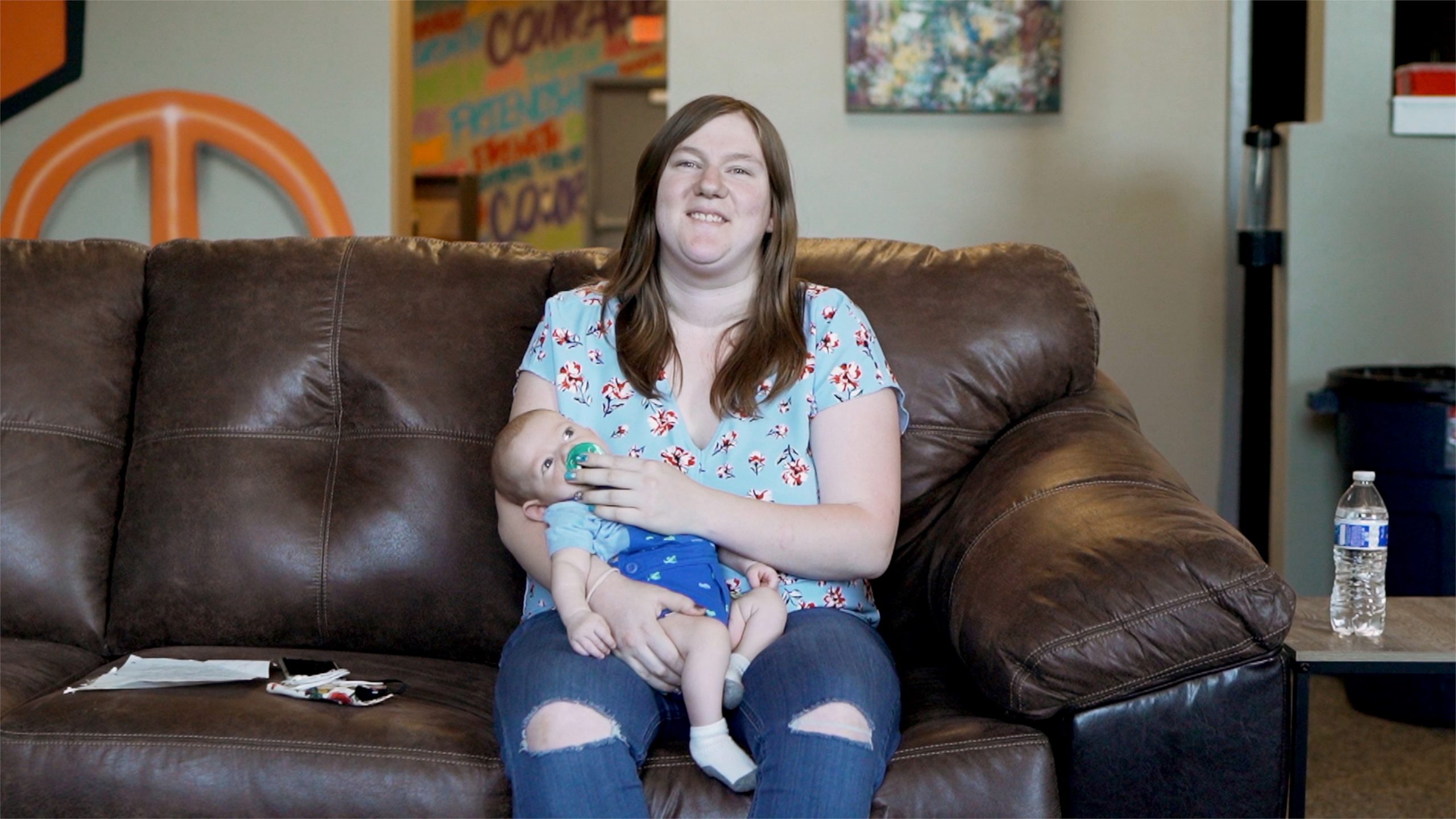 While attending and participating in Division 1 athletics at the University of Sioux Falls, South Dakota, Lauren became involved in gang activity and drug experimentation. Drug usage became more frequent in her life and she was ultimately asked to unroll from the university.

Without a stable place to live, Lauren wound up in Spokane, Washington then California. While in California, she came in contact with human traffickers. Threatened and fearing for her life, Lauren reached out to her parents in Montana.

Thanks to a family friend, they learned about Tumbleweed. Lauren immediately began to build meaningful relationships with the Tumbleweed team and also utilized several of the services and programs offered by Tumbleweed.

At 21, Lauren became pregnant. She contacted the Tumbleweed team who helped her get accepted into HRDC’s Harmony House. While there, she worked to get clean and sober. Once she was on the right path, Lauren left Harmony House to reunify with her parents. She is now raising her beautiful son in a safe environment with love and support from her family.

Lauren credits Tumbleweed with being a place of hope, acceptance and community.

The Tumbleweed team is honored to know Lauren. She has inspired us with her resilient attitude and her ability to overcome difficult situations. We are very proud to be a part of her story!

We Need Your Help